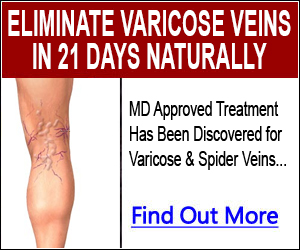 ulcer history were excluded). Patients completed the SF-36, the Aberdeen questionnaire, and a set of 25 questions focussing on the symptoms and concerns. The conclusion was that the AVVQ was a valid measure of quality of life for patients pre- and postsurgery. Patients were found to have a significantly improved quality of life six weeks postsurgery.

Two studies emerged in 2002 where the AVVQ was used. In a prospective study of 203 unselected patients with CEAP 2-6 who underwent saphenous vein surgery (with or without subfascial endoscopic perforator surgery) for primary and recurrent disease there was an improvement in disease-specific quality of life at six months and at two years (86% and 87% of patients, respectively). Also the higher the AVVQ severity score (the worse the symptoms) before surgery, the greater the improvement seen at two years (see Table 34.3).17

English. The first version of the CIVIQ was tested in a cross-sectional observational study on subjects recruited by general practitioners, divided into those with and without venous insufficiency. The diagnosis was made on clinical and subjective symptoms. A second analysis (CIVIQ 2) was performed using a questionnaire with a total of 20 equally weighted items on the 1001 patients with chronic venous disease based on four criteria: physical, psychological, social, and pain. Subsequent to this CIVIQ was used in a randomized, double-blind trial on 934 patients to compare two formulations of a drug (a flavonoid) in patients with chronic venous symptoms.

The VEINES study was an international, prospective cohort study that evaluated epidemiology (natural history and risk factors) and outcomes (clinical outcomes, quality of life, costs, health service use) in chronic venous disease. The VEINES sample represented approximately 10 years of data and was a prospective registration of 5688 outpatients with chronic venous disease.

In 1998 the development and psychometric evaluation of the questionnaire was described measuring quality of life and symptoms (VEINES-QoL and VEINES-SYM). The 26-item questionnaire included categories on chronic venous disorders of the leg (telangiectasia, varicose veins, edema, skin changes, and leg ulcers), psychological factors, and items regarding change over time. There were four language versions and it was assessed initially in 615 patients. The results confirmed that the questionnaire was acceptable, reliable, and had good validity and responsiveness in all four languages in European and North American populations.19 Construct validity also was demonstrated in comparisons between multiple languages with the SF-36 and with CEAP classifications.