Also known as Forestier's disease, DISH is a condition in which there is exuberant bone growth at characteristic sites. it is very common, being found in approximately 10 percent of people over the age of 65 years. It is found twice as often in men as in women and becomes increasingly common with age. DISH is found in all parts of the world. Typical changes of DISH have been found in the spines of dinosaur skeletons, Egyptian mummies, and other ancient skeletons.

Although there are well-known associations, the precise cause is not known. The condition starts at entheses. This is where ligaments, tendons, or joint capsules attach to bone. There is initially a thickening in this area followed by a gradual transformation of the ligament or tendon to bone with increased blood flow to the area. An association with obesity has been recognized for many years, and later a strong association with noninsulin-dependent diabetes (see diabetes) was shown. Both these conditions have high levels of insulin together with resistance to its action in many tissues. Since insulin acts as a growth factor to many tissues, there is interest in whether this could be one of the factors driving the excessive bone growth.

The powerful ligaments joining the spinal vertebrae are most commonly affected, and in advanced disease, bony bridges can link four to five vertebrae, dramatically reducing spinal flexibility. it is likely that the mechanical disturbance of movement can give rise to intermittent spinal pain, but the process of DISH itself is rarely painful. Most patients have no symptoms, and DISH is discovered only incidentally when an X ray is taken for some other reason. Spinal DISH may very occasionally cause difficulty swallowing when the bony protuberances press on the esophagus. it can also cause narrowing of the spinal canal and pressure on either the spinal cord or the nerve roots as they exit the spine.

Outside of the spine DISH can cause heel spurs, extra bony growth at the tips of the fingers, thickening of tubular bones, and an increased tendency to form bone in the area of scarring after surgery. Heel spurs in particular can be painful, but again it is probably the disturbance they cause to surrounding tissues that is painful rather than the DISH process. 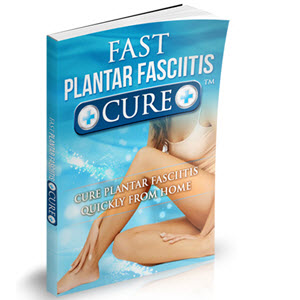