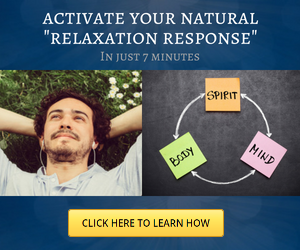 As we have seen, there are several reasons for questioning reductionism in the context of classical (nonquantum) dynamics. First, although the reductive program asserts that all higher-level dynamics can "in principle" be causally explained in terms of physics and chemistry, reductionism does not imply constructionism. This is because there is an immense number of possible emergent entities at each level of both the biological and the cognitive hierarchies, so what actually occurs depends largely on happenstance (Poincare's "fortuitous phenomena") that is consistent with but not constrained by the laws of physics and chemistry.

Second, reductionism does not explain how the various types of Aristotelian causality (material, formal, efficient, and final) are to be sorted out. Under nonlinear dynamics, even the threads of efficient cause become interwoven, and downward action of formal causes makes lower-level dynamics depend on higher-level phenomena, at variance with reductive assumptions.

Fourth, living creatures are open systems, regularly replacing their atomic and molecular constituents. Thus exact knowledge of the speeds and positions of these constituents at one time cannot be used for making higher-level predictions at later times.

In biological and cognitive systems, finally, myriad closed causal loops and networks with positive feedback obscure the relationships between cause and effect, leading both to the emergence of new dynamic entities with unanticipated properties and to chaotic interactions among them.

In describing a human being from the perspective of nonlinear science, the possibility of causal interactions among the various levels of both the cognitive and biological hierarchies must be included in the overall theoretical formulation. At lower levels, this is evident because the physiological condition of a neuron clearly affects the manner in which it relates incoming and outgoing streams of information, but higher cognitive levels also have causal biological effects. Cultural imperatives to ingest a psychoactive substance, for example, can alter the dynamics of membrane proteins, leading to mental changes that influence bodily health with subsequent psychological effects in a wending path of branching causes and effects that staggers the imagination and daunts analysis. Thus one can easily imagine corresponding feedback diagrams that are far more intricate than in Fig. 5.2b.

The types of phenomena that could emerge from such intricate networks of closed causal loops - spanning several levels of both the biological and cognitive hierarchies - are yet only dimly imagined, but some theoretical work is underway. Building on the seminal work of Eigen and Schuster on the emergence of life [8], several scientists are attempting to formulate relationships among levels of a nonlinear dynamic hierarchy in a manner that is suitable for mathematical analysis [4, 11, 23, 32]. This is not a trivial matter because the time and space scales for models of living creatures differ by many orders of magnitude as one goes from the biochemical levels to the whole organism, creating a challenge for the numerical modeler. Are there ways to evade such computational constraints? Might hierarchically organized functions be defined on nested sets of points, with different rules of averaging at various stages of the computations? Is it possible to resolve key issues without resorting to mind-numbing numerical computations?

- Can one comprehend the nature of life without lapsing into nineteenth-century (Bergsonian) vitalism?

- Is it possible to provide a credible explanation of human consciousness without resorting to Cartesian dualism?

In response to the first question, few biologists now doubt that the phenomena of life - including both its emergence from the chemical scum of the Hadean seas and its subsequent evolution - will eventually be understood as a complex process comprising many closed causal loops and networks of positive feedback that thread through several levels of nonlinear dynamics.

Although the answer to the second question is less clear, I have these comments. Accepting physicalism and rejecting substance dualism (as I do) does not require me to accept reductionsim; indeed, the burden of proof lies with the reductionist. In other words, reductionism is not a conclusion of science but a belief of many scientists, leaving the door open to a property dualism that is rooted in physicalism. As well as substance dualism, this property dualism may allow the phenomena of human consciousness to emerge from interactions among myriad positive feedback networks that engage many levels of both the biological and the cognitive hierarchy.

Understanding the nonlinear dynamics of such intricate emergent structures is a central task for twenty-first century science.

Acknowledgement. It is a pleasure to thank the organizers and participants of the (October 2003) conference on "Reductionism and Emergence: Implications for the Science/Theology Dialogue" at the University of San Francisco for providing an environment in which these ideas were critically evaluated. A somewhat different version of this chapter has recently appeared in the Journal of Consciousness Studies [28].