The availability of food in Europe has never been as good as in recent decades. Affluent though European countries are, sub-groups of populations experience the deficiency of minerals and micronutrients that play a vital role in health and development (Serra-Majem, 2001). A significant proportion of European infants and children are today experiencing a low dietary intake of iodine and iron (Trichopoulou and Lagiou, 1997a; WHO, 1998). The iodine deficiency leads to several disorders collectively referred to as Iodine Deficiency Disorders (IDD), with goitre (hyperplasia of thyroid cells), cretinism (mental deficiency) and severe brain damage being the most common. It is estimated that IDD may affect approximately 16% of the European population. Furthermore, inadequate levels of folate have been implicated with a rise in the blood homocysteine levels, leading possibly to increased risk of cardiovascular disease (CVD). European policies address such deficiencies either by recommending the consumption of foods rich in the implicated micronutrients or with supplementation policies (e.g. iodised salt, flour supplemented with folic acid).

The general increase, however, in the quantity and variety of food available has mostly been accompanied by the emergence of degenerative conditions such as CVD, various types of cancer, non-insulin dependent diabetes mellitus, obesity, osteoporosis and hypertension. Documenting and monitoring dietary patterns has therefore become a priority in the formulation of dietary recommendations and the planning of national food, nutrition and agricultural policies (Société Française de Santé Publique. Health and Human Nutrition, 2000).

However, there are questions that emerge early in the formulation of a nutrition and food policy: these concern the nature of the best diet and the objectives of an ideal diet. With respect to chronic nutrition-related conditions, most of our existing knowledge relies on evidence accumulated mainly in relation to the two most common categories of disease, cardiovascular disease and cancer.

With respect to CVD, there is strong evidence that the intake of vegetables, fruits and pulses reduces the risk, although there is no agreement to what extent the apparent protection is conveyed by fibre, homocysteine-reducing folic acid, antioxidant compounds in vegetables and fruits, the high quantities of olive oil that usually accompany high intake of vegetables and legumes, or the complementary reduced consumption of red meat and lipids of animal origin (Willett, 1994,1998).

The mainstream view on the effects of macronutrients on CVD is that dietary lipids high in saturated fatty acids and especially trans-fatty acids increase the risk. On the contrary, polyunsaturated fatty acids and some long chain n-3 fatty acids have beneficial effects. Monounsaturated lipids, overwhelmingly present in olive oil, also act beneficially by reducing the disadvantageous low density lipoprotein cholesterol (LDL-C) and increasing the protective high density lipoprotein cholesterol (HDL-C) (Mattson and Grundy, 1985; Mensink and Katan, 1987). Complex carbohydrates do not adversely affect the risk for CVD and their effect on HDL-C is less favourable than that of monounsaturated lipids

(Mensink and Katan, 1987). Refined carbohydrates substantially affect postprandial hyperglycemia and they appear to accentuate insulin resistance. With respect to other nutrients, there is converging, but not yet conclusive, evidence that moderate alcohol intake, vitamin E and folic acid are inversely associated with the risk of coronary heart disease (CHD) (Gaziano et al, 1993; Stampfer et al, 1993; Robinson et al, 1998). Salt intake, on the contrary, contributes to the elevation of blood pressure levels in susceptible individuals and thus to the increase of CVD risk (Beilin et al, 1999).

The evidence on the role of specific dietary factors in cancer aetiology has been critically summarised in recent reviews (Willett and Trichopoulos, 1996; Willett, 2000). With respect to food groups, vegetable consumption, and perhaps less definitely fruit consumption, have a beneficial effect on a broad spectrum of human cancer types. Among macronutrients, animal protein intake has been reported to increase the risk for colorectal cancer, while intake of saturated fat is positively associated with endometrial, prostate, colorectal, lung and kidney cancer. Although the percentage of calories from dietary lipids does not appear related to colon cancer, greater risks have been seen with higher consumption of red meat, possibly suggesting that factors other than dietary lipids per se may be important. Fibre intake, on the contrary, appears to protect against cancer of the pancreas and the large bowel. There are also indications of a protective role of monounsaturated lipids against breast cancer (Trichopoulou, 1995). Concerning micronutrients the evidence is largely insufficient. Recent studies indicate an inverse association of lycopene (Gann et al, 1999), selenium (Yoshizawa et al, 1998) and vitamin E (Tzonou et al, 1999) with prostate cancer, folic acid in relation to colon and breast cancers (Giovannucci et al, 1998); while beta-carotene supplements have been found to be ineffective against lung cancer risk (Hennekens et al, 1996).

Consumption of large quantities of alcoholic beverages, particularly in conjunction with tobacco smoking, has been reported to increase the risk of cancer in the upper respiratory and digestive tract, whereas alcoholic cirrhosis frequently leads to liver cancer. There are also data suggesting that intake of smaller quantities of alcohol may be linked to the occurrence of breast and colorectal cancer. Among added substances, only salt appears to be an important contributor to stomach cancer. Moreover, intake of salty fish very early in life has been linked to the occurrence of nasopharyngeal cancer in Southern Asia. Finally, in Central Asia and Southern America the intake of very hot drinks has been found to increase the risk of esophageal cancer (Kinjo et al, 1998).

Many of the early efforts have been focused on identifying specific dietary components that may be responsible for effects on people's health. Evaluating the effects of specific foods and nutrients, rather than integral dietary patterns, on disease illustrates how shifting from the empirical evidence may increase uncertainty. Dietary exposures are unusually complex and strongly intercorrelated. Current data suggest that apparently favourable effects cannot be exclusively attributed to specific components and in several instances these components may act synergistically (Gerber et al, 2000). Consequently, instead of focusing only on nutrients within foods, research has expanded towards studying patterns of food intake (Trichopoulos et al, 2000). 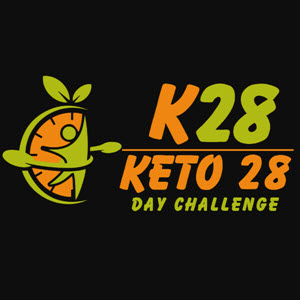