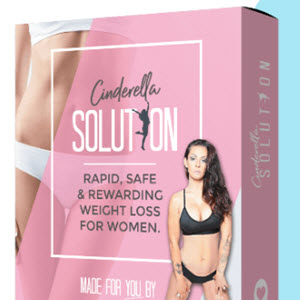 Cardiac failure, muscle weakness, peripheral and central neuropathy and gastrointestinal malfunction have been seen in animals and humans on diets deficient in thiamin. The circulatory effects of thiamin deficiency are no doubt linked to attempts by the body to increase metabolism of energy-forming substances. Other effects may well be due to impaired nerve transmission and/or the energy deficiency; the precise biochemical reasons have not been established.

Children and adults may present with dry (paralytic or nervous) or wet (cardiac), or cerebral (Wernicke-Korsakoff syndrome) forms of beriberi.

A peripheral neuropathy, dry beriberi is characterised by a symmetric impairment of sensory, motor and reflex functions affecting the distal segments of the limbs more severely than the proximal ones (Thurnham, 2000). Dry beriberi can be more resistant to treatment. Disappearance of impaired sensation occurs between 7 and 120 days, and recovery of motor weakness within 60 days of the start of treatment (Tanphaichtir, 1999).

In Wernicke's disease, failure of energy metabolism predominantly affects neurons and their functions in selected areas of the central nervous system. Biochemical lesions that affect TKL and nucleic acid metabolism may cause glial changes. Membranous structures are visibly altered and secondary demyelination follows (Tanphaichitr, 1999). Prolonged alcohol consumption is associated with a variety of neuropsychiatric conditions, including the dense amnesic disorder known as Korsakoff's syndrome. Korsakoff's syndrome is frequently diagnosed in alcoholics after an episode of acute thiamin deficiency. The accepted view within the medical literature is that the etiology of this disorder lies in thiamin deficiency or Wernicke's encephalopathy. However, examination of the published reports of pure thiamin deficiency unaccompanied by chronic and excessive consumption of alcohol shows that, in this group of patients, the rate of progression to Korsakoff's syndrome is low. This result suggests that the memory impairments associated with alcohol-related brain damage cannot be attributed to thiamin deficiency alone. The etiology of alcohol-related cognitive impairments such as Korsakoff's syndrome is still poorly understood, but several lines of evidence suggest multiple causal factors interact to produce deficits in performance (Homewood and Bond, 1999).

What are less widely recognised are the lesser degrees of thiamine deficiency that can be caused by situations of hypermetabolism, for example, by burns, trauma, surgery and acute febrile illness. These situations are most likely to be seen in patients who are given additional carbohydrate loading via glucose-containing intravenous fluids and in those who already had marginal thiamin status to begin with. This includes alcohol abusers, the homeless and others on inadequate diets.

Part of the reason for this lack of recognition is the speed with which biochemical evidence of thiamin deficiency can occur on such diets (Brin, 1964) and also because there is no clearly recognised clinical syndrome corresponding to marginal (biochemical) thiamin status. Another reason is that clinicians simply do not think of thiamin status often enough. It is relatively easy to test for thiamin status using activity levels of the thiamin-dependent enzyme erythrocyte TKL; however, the test is not commonly available in clinical laboratories.

Tips and Tricks For Boosting Your Metabolism

So maybe instead of being a pencil-neck dweeb, youre a bit of a fatty. Well, thats no problem either. Because this bonus will show you exactly how to burn that fat off AS you put on muscle. By boosting your metabolism and working out the way you normally do, you will get rid of all that chub and gain the hard, rippled muscles youve been dreaming of.

How To Raise Metabolism