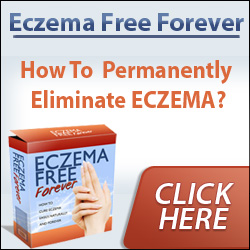 ACD is an immunologically mediated inflammatory cutaneous reaction to an allergen in a sensitized individual. Often, differentiating vulvar allergic versus irritant contact dermatitis can be clinically confusing, as the signs and symptoms often overlap (18) and the physical characteristics of vulvar skin make visual inspection and diagnosis difficult. The acute phase of ACD can produce vesicu-lation and severe pruritus; during this phase, ACD can spread beyond the site of contact, such as to the upper thighs and suprapubic area. The subacute or chronic signs and symptoms are usually less pronounced. Pruritus and burning symptoms are more subdued. The vulva can show changes such as redness, excoriation, scaling, and altered pigmentation with variable lichenification. Secondary infections can occur as well. The histology of ACD is similar to irritant contact dermatitis, although there can be more pronounced spongiosis in acute cases (18).

There is no absolute human predictive test for ACD. Standard animal model assays for skin sensitization include various guinea pig methods and the local lymph node assay (LLNA) in mice. The guinea pig models include an induction phase, in which the test sample is initially exposed to the same skin area, followed by a rest period of at least seven days and then a challenge exposure to a virgin skin site. The LLNA focuses on the induction phase, soon after which the mice are injected with a label and the draining lymph nodes are analyzed for lymph node activation. Epidermal Langerhans cells are thought to take up antigen absorbed percutaneously, travel to the skin site's draining lymph node, and present the antigen to activate T cells, which differentiate into allergen-responsive T lymphocytes (21,22).

As vulvar tissue has been shown to have increased permeability, higher concentrations of allergenic antigens could penetrate the vulva, be available for presentation to the Langerhans cells in the vulvar skin, and cause sensitiz-ation, leading to ACD (15). Because of the vulvar skin's increased permeability and decreased barrier function, ACD information obtained from other skin, such as the forearm, cannot be extrapolated with complete confidence to the vulva. There needs to be a more conservative quantitative risk assessment methodology for vulvar contact sensitization (23).

In order to take into account the vulvar skin's increased permeability to potential allergens, a modified human repeat insult patch test (HRIPT) was developed. Standard patch testing, not repeat insult patch testing, involves the application of possible allergens to the normal skin of the back for two days under occlusion with readings taken at days 2 and 4 (24). The original HRIPT involved nine 24-hour applications of patches with 24-hour rest periods in between during the induction phase. The modified HRIPT increased the cumulative exposure duration by 67%, by increasing the number of applications to fifteen 24-hour patch applications (24 hours daily for five days, for three weeks). This increases the sensitivity of the HRIPT to evaluate sensitization in specialized skin, such as the vulva. It is important to maintain the rest periods in the induction phase to increase the effectiveness of the test. Also, the five-day repeated steps parallel use of some products that contact vulvar skin, like feminine hygiene products during approximately five days of menses (25,26).

A study of 144 patients from Sydney, Australia, with chronic vulvar symptoms found that 64% had dermatitis. However, it was difficult to clinically ascertain which of the 64% had allergic versus irritant contact dermatitis. Another study reviewing patch test results of 135 patients with persistent vulvar symptoms found that 47% had at least one positive reaction, with 29% having a clinically relevant positive result. The most frequent sensitizers were ethylenediamine, neomycin, framycetin, and clobetasol propionate (19). Of the 38 patients with clinical vulvar dermatitis in an Oxford vulvar clinic in 1997, 26% had a relevant positive patch test (27). Fragrance mix positive patch test occurred in 11%, with clinical improvement of vulvar dermatitis symptoms with avoidance of perfumed products, presumably including scented feminine hygiene products. Formaldehyde and its releasing preservatives, Quaternium 15 and DMDM Hydantoin accounted for another 11% of positive patch test results (27).

Patch test data from 1008 patients with anogenital complaints registered in the German Information Network of Departments of Dermatology from 1992 to 1997 revealed that almost 48% of patients had positive patch test reactions to 1114 allergens, with a final diagnosis of ACD in nearly 35% (nearly 23% had irritant contact dermatitis) (2). Local anesthetic Dibucaine HCl was found to be a sensitizer in 7.4% and benzocaine in 2.7% of those patients. Framycetin sulfate, a topical antibiotic, sensitized 2.6% and neomycin sulfate 2.1%. The topical antimycotic clotrimazole sensitized 1.8% of patients, and the nonsteroidal anti-inflammatory drug bufexamac sensitized 1.7% (2). With the rising popularity of topical herbal medicaments, some herbal extract, depending on dose, purity, and quality, were found to be allergens in patients with vulvar symptoms. For example, chamomile sensitized 2.9% of patients, tincture of Arnica montana sensitized 2.1%, and propolis sensitized 2.5%; again, degree of sensitization potential may depend on herbal extract dose, purity, and quality of different products (2).

Many consumer products that come in contact with the vulva contain potential allergens. Dark clothing, such as underwear, can carry paraphenylene-diamine-containing dye and formaldehyde, and some sanitary napkins may contain formaldehyde, fragrance, acetyl acetone, and methacrylates—all can be potential sensitizers (18). It is important to remember the vulva's specialized skin features, including increased permeability and penchant for irritation, when considering the vast array of allergen-containing products available to women for use on, around, or against the vulva.