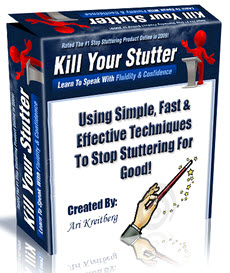 Stuttering Foundation of America The first and largest nonprofit organization in the world working toward the prevention and improved treatment of stuttering, reaching more than one million people annually. The foundation offers extensive educational programs for professionals and provides free online resources, services, and support to those who stutter and their families, as well as support for research into the causes of stuttering.

stye A small pus-filed abscess near the eyelashes caused by a bacterial infection (usually a staphylo-coccal organism). if the stye is painful, a warm compress may help eliminate the pain. Prescription antibiotic ointments designed for the eyes can prevent a recurrence.

sudden infant death syndrome (SIDS) The sudden and unexplained death of a baby under one year of age. Because many sudden infant death syndrome (SiDS) babies are found in their cribs, some people call SiDS "crib death," but cribs do not cause SiDS. SiDS is the leading cause of death in babies after one month of age, and most typically among babies between two and four months of age. Race appears to be linked with SIDS, since African-American babies are two times more likely to die of SIDS than white babies.

While experts do not know the exact cause of SiDS, they do know that these deaths tend to happen in colder months and that babies placed to sleep on their stomachs are much more likely to die of SiDS than babies placed on their backs to sleep.

There are certain things parents can do to lower the risk for their infant. Parents should always place babies on their backs to sleep, even for naps. This is the safest sleep position for a healthy baby to reduce the risk of SiDS. Babies should always sleep on a firm mattress, such as in a safety-approved crib. Research has shown that placing a baby to sleep on soft mattresses, sofas, sofa cushions, waterbeds, sheepskins, or other soft surfaces can increase the risk of SIDS. Soft, fluffy, and loose bedding, quilts, and stuffed toys and other soft items should be removed from a baby's sleep area.

Parents should make sure the baby's face and head stay uncovered during sleep and should keep blankets and other coverings away from the baby's mouth and nose. Dressing the baby in sleep clothing will avoid having to use any covering over the baby. If parents do use a blanket or covering, they should make sure that the baby's feet are at the bottom of the crib, the blanket is no higher than the baby's chest, and the blanket is tucked in around the bottom of the crib mattress. Parents should not smoke before or after the birth of the baby, and no one should smoke around the baby at any time.

in addition, babies should not get too warm during sleep. The baby's room should be at a temperature that is comfortable for an adult. Too many layers of clothing or blankets can overheat a baby.

There is no risk of choking when babies sleep on their backs, because babies automatically swallow or cough up fluids. Doctors have found no increase in choking or other problems in babies sleeping on their backs. Back sleeping is also safer than side sleeping, because babies who sleep on their sides can roll onto their stomachs. While there are some products that have been designed to keep a baby in one position, these have not been tested for safety and are not recommended.

Babies can be placed on their stomachs for "tummy time," as long as they are awake and someone is watching. When the baby is awake, time spent on the tummy is good because it helps strengthen baby's neck and shoulder muscles.

While it is true that babies who sleep on their backs may develop flat spots on the back of the head, these flat areas will go away a few months after the baby learns to sit up. Tummy time during awake periods is one way to reduce flat spots. Another way is to change the direction a baby sleeps; doing this means the baby is not always sleeping on the same side of the head.

Other ways to prevent SIDS include:

• eating the right foods during pregnancy

• making sure the baby gets shots on time.

Many researchers favor a theory that brain-stem birth defects somehow affect arousal reflexes, so that babies do not wake up when problems arise with breathing, heart rate, blood pressure, or temperature. However, some experts believe that such brain abnormalities may not be enough to cause death on their own.

Another serious possibility is that an overwhelming infection leads to SIDS. Recent research suggests that infection with the common bacterium E. coli may be linked to SIDS, since a shock-producing by-product of E. coli was found in the blood of all SIDS babies tested, but in none of the infants used as a comparison.

Autopsies tend to show wet, heavy lungs with small hemorrhages on the heart and lungs, and the blood of SIDS babies is unclotted, which is something never seen in suffocation cases. Furthermore, SIDS deaths captured on medical monitors have shown that these babies died of a shock-like process. In addition, the blood from babies who have died of SIDS is toxic to chick embryos and mice, which indicates the presence of a toxin. Sometimes, E. coli bacteria produce a protein called curlin, which scientists suspect may help the bacteria compete for a foothold in the competitive germ environment in the intestines. The bacteria itself was found in the intestines of all the SIDS babies, but only in 80 percent of the healthy babies. However, curlin was detected in the bloodstream of all SIDS babies and none of the others. This indicated that curlin could be responsible for SIDS deaths, given the fact that curlin causes shock in laboratory mice.

Other scientists believe the deaths might be triggered by infection, or might be due to a combination of genetic factors, such as a brain stem defect or an impaired immune system, and environmental factors, such as the baby sleeping on its stomach or breathing in cigarette fumes.

The basic theory that some serious, overwhelming acutely acquired infection is the cause of SIDS is a legitimate hypothesis. Many experts believe that SIDS may have a variety of different causes in individual infants.

Stammering Its Cause and Its Cure

This book discusses the futility of curing stammering by common means. It traces various attempts at curing stammering in the past and how wasteful these attempt were, until he discovered a simple program to cure it. The book presents the life of Benjamin Nathaniel Bogue and his struggles with the handicap. Bogue devotes a great deal of text to explain the handicap of stammering, its effects on the body and psychology of the sufferer, and its cure.